If you have installed agents on some Windows machines, you may now use terminal commands to access them. More specifically, this new feature have been implemented for Windows 10 and Windows Server 2019.

As you may know, the shell app was already available to access Linux or macOS machines.  Lately, we have been working on porting this feature for Windows computer and here it is.

Accessing a laptop, server or desktop computer with the Shell app has a number of benefits that may not seem obvious at first hand. However, in practice, it solves various problems. 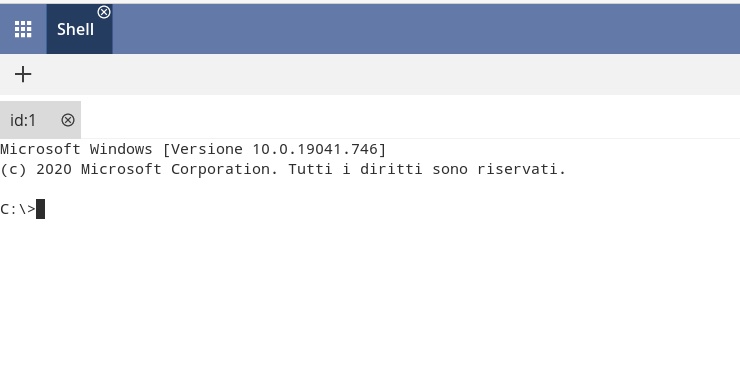 Why would I use the Shell app on Windows ?

First, via a terminal session, you can create a script in order to set up several configuration all at once. This is a use case which is actually not possible with a standard user interface.

In a company, an IT administrator can also configure the settings of the operating system or execute certain commands from afar. And he won’t be disturbing the employee in his work.

Also, the DWService Shell app lets you control a machine that runs Windows Server Core, a minified version of Windows Server which can only be accessed via command lines.

Agents running on compatible Windows machines have been updated and you should now see the new app working on your side.

Are you experiencing a problem ? Please direct your questions to :
support@dwservice.net
Are you a developer ? Discover the DWService API !:
api.dwservice.net

One reply on “Web Shell: send terminal commands to Windows 10 and Windows Server”

It would be greatly helpful if the default shell that is run with the shell command is able to be configured.

CMD.com is ancient… Most windows admins use Windows PowerShell or PowerShell 7